Advantages of cPanel over Plesk

cPanel and Plesk are the most widely used web hosting control panels in the market. cPanel was earlier launched in the year 1996 and has become the preferred choice for most of the hosting services all around the globe. It can be installed over the Unix-based operating systems like Linux distributions CentOS or Red Hat. Plesk came up in the year 2000 with a different system that supports the Linux servers and the Windows.
One of the most significant advantages of cPanel is that it has got a high number of users worldwide and is very easy to get solutions to any problems that may arise, get advice and tips from the other cPanel users. As the cPanel comes with a very short learning curve, anyone who hadn’t ever used a web hosting can also find it easy to use the cPanel. When you look at the performance of cPanel and Plesk, cPanel will load at a faster rate. It’s a web hosting control panel which mainly focuses on performance optimization.
The cPanel developers had aimed on speeding up the page load time by reducing the memory required. This also helped in creating accounts at a faster rate while managing other server related tasks efficiently. A website can perform much better if it’s loading time increases to a great extent. Nowadays a website gets many visitors through the mobile handsets and if the site loads at a faster speed, more visitors are expected to visit the site and stay for a longer time and hence the readability of the content increases to a great extent by many times.
When the features and tools are considered, both Plesk and cPanel provide the users with the same kind of primary features for the server and to manage the account. Both the control panels can be used for configuring the DNS settings, to manage the email accounts, run the file transfer protocol and to manage the databases. Plesk comes with better support system with a greater number of useful apps while you can add extra apps even to the cPanel.
cPanel and Plesk both focus mainly on security issues. Each of these comes with several security tools though they have different features. Security features of cPanel are much better as it offers password protection. The cPanel security tools come with password- protected directories, automatic SSL certificate installation along with the IP address denials. Plesk comes with the inbound and outbound email antispam, fail2ban intrusion prevention and active directory integration. Plesk is available for Linux distribution and the Windows server while cPanel is available only for Linux operating systems.
CentOS, CloudLinux, RedHat enterprise are the Linux distributors that support the cPanel. Based on the operating system which one has they can choose the web hosting control panel accordingly. Whenever you are planning to choose a particular web hosting control panel always check the operating system that you have, but one should also go for the one which is much easier to use. Though the features in each of the panel are almost the same, one may prefer the panel according to their experience and feel while they were using it. An important area where the cPanel shines better when compared to Plesk is the extended capabilities with which it can create need based add-ons. cPanel is more economical to buy whether you go of a monthly package or a yearly plan when compared to Plesk.
Though both are used worldwide, cPanel has a number of advantages and is still preferred by many users and web developers across the world. 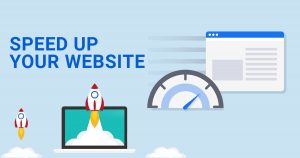 Everyone knows that the HDD’s i.e. the Hard Disk Drives store and retrieve the digital data with the help of magnetization. When a user requests for such data, computer fetches it from the hard drives which results in slow performance of input and output and is also a very long process.
So, the best alternative solution for storage is the SSD or Solid State Drive which is non-volatile and comes with flash memory. It doesn’t include any movable parts and hence performs at a faster rate when compared to the traditional HDD’s. SSD caching is mid way through HDDs and SSDs. The SSD caching system is actually supported with fast power of SSD’s and with less expensive HDD. This system copies the files regularly from HDD to SSD.
So, whenever the user requests for information the data will be obtained quickly from the SSD which gives high performance to the system. It also saves your valuable time. It also keeps a track over the data reads and writes and catches the frequently used and accessed data to SSD so that the future requirements can be met easily. SSD caching is also known as flash caching which is a temporary storage of data over the SSD. This helps in improved speed of data requests without taking much time. Usually the computer system stores its temporary copy in SSD cache and permanent copes on hard disk drive HDD. So, the caches are used to read and write data.
The best thing about it is that one can retrieve the data quickly as and when required. This doesn’t just save time but is also a very good cost-effective alternative for storing the data. It also boosts the overall performance of the system as well.
Through SSD caching one can improve the systems response time. With a quick response time the data transfer rate will be reduced, which in turn saves the consumption of bandwidth. One can easily optimize the performance of their computer by just configuring the 60 or 120 GB SSD with that of large HDD it can be possible to have a check over the cost as well. SSD and HDD together can outperform several operational functions. It reduces the boot time of an operating system, provides quick and high responsive application loading process while enhances the performance of the computer through optimum caching. Through the best features of HDDs and SSDs, SSD caching is definitely the best option to boost site speed while enhancing the system performance. With just a little investment and reducing the delay time it speeds up the input or output processes. In order to maintain a successful website, it will highly depend on its operational performance and one should always find the best ways with which they can improve their website speed.
With a highly responsive system will definitely help in improving the overall performance of your site. When you have a speedy application loading time and highly responsive site, the user will definitely enjoy the fast loading page experience that provides them instant information. The website ranking will be improved when the search engine is able to diagnose the website loading speed and provides ranking. When the website loads at a faster rate it will definitely get a higher rank. With happy user experience, greater traffic and on time information will definitely improve the conversion rate while enhancing the sales. Making use of SSD caching will definitely improve the speed of one’s website while limiting the usage of bandwidth.

It is a well known fact that SSD or Solid State Drive works as a medium to your website views. The catalyst here is a high speed Solid State Drive which brings in better conversions as a result of faster loading speed of a webpage. Faster speed gives better user experience and this is pivotal for any e-commerce websites or blogs. With each second of delay in loading a webpage, there is a 7 percent decrease in the conversion of a page. This leads to low visibility and can only be curbed by the inclusion of a high speed SSD.

How is SSD better than HDD?

HDD, also known as Hard Disk Drive, is different from an SSD and every website owner knows this. SSD has proved to be better than HDD in more than one ways and the differentiation will be explained here.

SSD uses only 2-3 Watts on average, unlike HDD which uses 6-7 Watts. This is directly proportional to the battery life as SSD saves power. There is no production of heat in SSD as there are no movable parts, but the HDD does produce some amount of heat. This is because of the movable parts that are present in them.

A SSD has no movable parts in the system hence there are no sounds and vibrations. Meanwhile, The HDD does come with clear clicking and spinning sounds including some vibrations.

Full Disk encryption or FDE is supported in few models of both SSD and HDD. The file opening speed in an SSD is 30 percent faster than a HDD.

Unlike the HDD where data can easily get erased due to magnetism, SSD is extremely safe from its ill effects.

Since all the data and information gets saved on the cloud, the access to the same becomes faster. Sites that are hosted by SSD are 67 percent faster than HDD hosted sites.

There are no error messages that will pop up on the screen while on a SSD hosting. Websites that are hosted on the HDD platform are more prone to the ‘error 404’ message.

The efficiency of all website related work is much higher while on a SSD platform as the speed is excellent. This is the most significant part of any online work where the loading time needs to be less. This is to ascertain that the business efficiency, website visibility and conversion are higher.

24×7 assistance is always helpful and works as an advantage for not only the service providers but also the consumers. There is continuous technical support that works at the backend and providers their expert assistance. This is to ensure all the work revolving around the website is running smoothly.

Interesting our awesome web design services? Just drop an email to us and get quote for free!